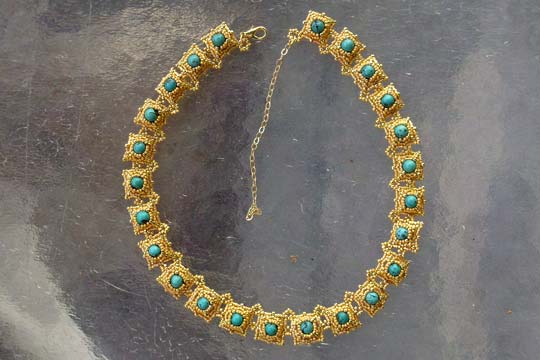 Recently I’ve made two of those fabulous bead necklaces, one in gold with turquoise center bead (in the photo) and another in silver with dark garnet beads. The pattern is straightforward, easy to follow. Really loved making it. I I found this necklace in Sabine Lippert’s Beaded Fantasies

, a great beadwork book that makes you want to try every project in it. 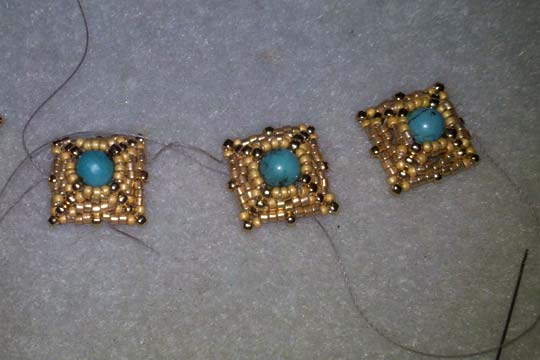 However, I think there is one inconsistency in the pattern. Pay attention in the beginning. The pattern calls for a 6mm center bead,  but I believe it should be an 8 mm.

I went ahead and made it with a 6 mm center bead. But I had to compensate for the 6 mm center. I used three delicas in the first row, instead of the five that the pattern calls for. And followed with five in the second row, and six (3+3) in the final row.

The row of 15°s encircling the center bead, for a 6 mm, is more like three, not five. Here you can actually put four. The 15°s are a decorative element and they hide the thread. An even number of them, here, will make no difference structurally. 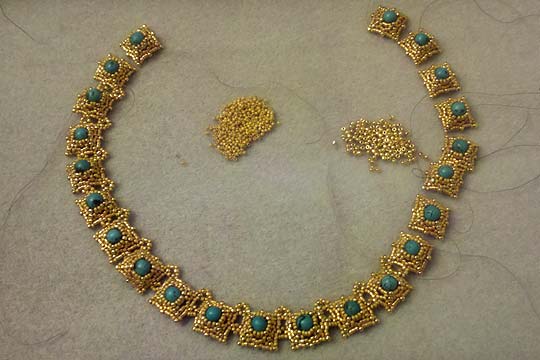 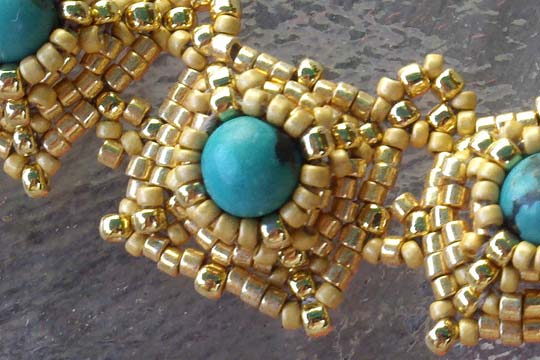 Here you can see the count I used, which results in maybe a smaller, steeper beaded volcano.

Go ahead and make this pattern! Easy to make and a pleasure to wear! I got tons of compliments on it!

P.S. Definitely read Elr’s comment for other ways to adjust to a 6mm center bead.

Back to Top
Filed In: Beaded Necklaces
Tags:

There are 3 Comments to "Volcanoes Necklace"